4% Wind Energy Penetration - That's the Limit for the People in the Know! 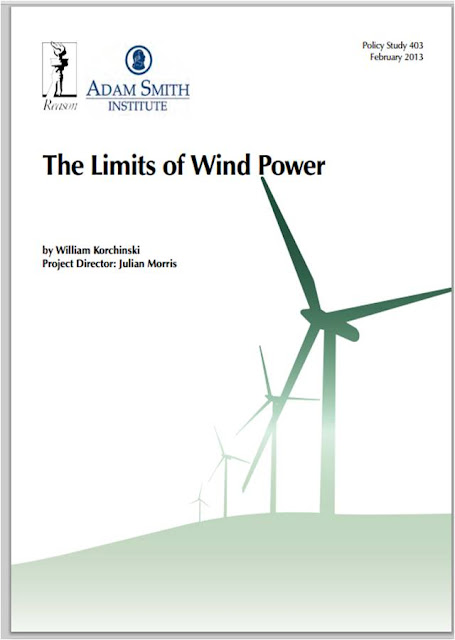 From the first couple of paragraphs of the Executive Summary:

Executive Summary
Environmentalists advocate wind power as one of the main alternatives to fossil fuels, claiming that  it is both cost effective and low in carbon emissions. This study seeks to evaluate these claims. Existing estimates of the life-cycle emissions from wind turbines range from 5 to 100 grams of CO2 equivalent per kilowatt hour of electricity produced. This very wide range is explained by differences in what was included in each analysis, and the proportion of electricity generated by wind. The low CO2 emissions estimates are only possible at low levels of installed wind capacity, and even then they typically ignore the large proportion of associated emissions that come from the need for backup power sources (“spinning reserves”).

Wind blows at speeds that vary considerably, leading to wide variations in power output at different times and in different locations. To address this variability, power supply companies must install backup capacity, which kicks in when demand exceeds supply from the wind turbines; failure to do so will adversely affect grid reliability. The need for this backup capacity significantly increases the cost of producing power from wind. Since backup power in most cases comes from fossil fuel generators, this effectively limits the carbon-reducing potential of new wind capacity.

The Limits of Wind Power 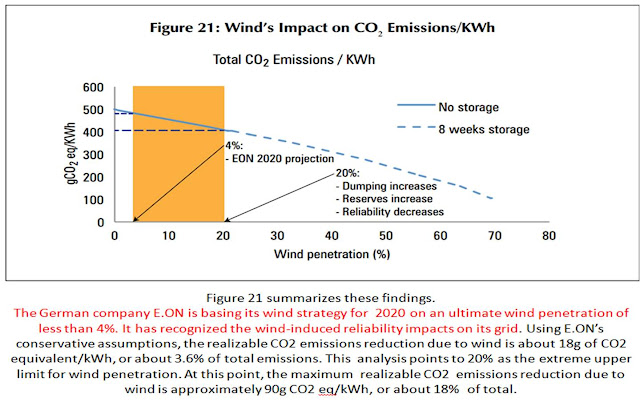